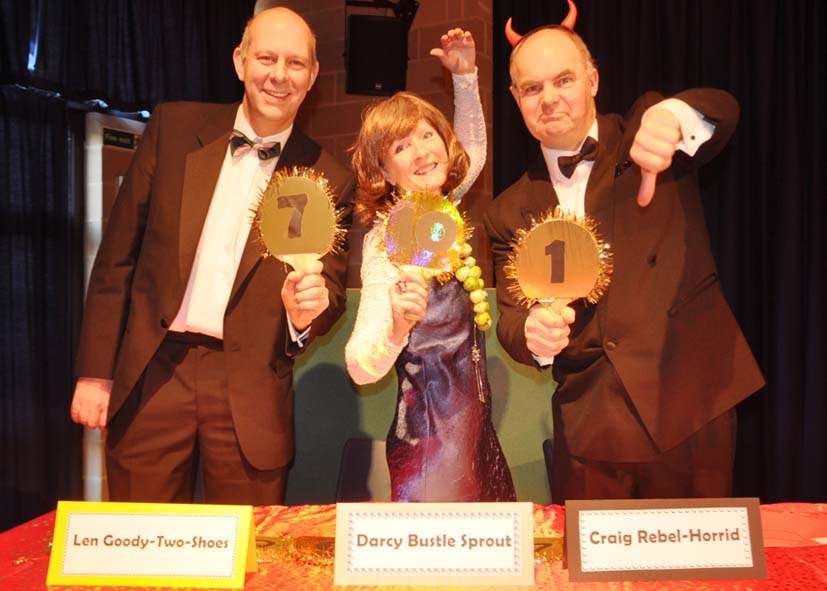 On Friday 15th January the children were treated to a surprise performance of ‘Strictly Come Dancing In Panto-Land’ performed by the staff of The Manor!

The children believed that their assembly was going to be about the Country Code and were watching a video, when suddenly a glitter ball started to spin and the ‘Strictly’ music echoed around the Main Hall. Enter Tess Matey and Claudia Twinkleman (Mrs Shaw and Mrs Belcher) followed by the judges Craig Rebel-Horrid, Darcy Bustle Sprout and Len Goody-Two-Shoes (Mr Heyworth, Mrs Stokes and Mr Ramm), Strictly Come Dancing In Panto-Land had begun!

First to perform was Snow White and the Seven Dwarfs (Mrs Woodall and the Year 3 and 4 staff) and their interpretation of S Club 7’s ‘Reach For The Stars’, closely followed by Belle and the local villagers (Mrs Haines and the Early Years Team) performing ‘YMCA’.

Next to perform was Santa’s very tired elves (Years 1 and 2 staff and support staff) who were still recovering from the Christmas rush. They were so tired they needed a little help from their Fairy Godmother (Mrs Murdoch) to get them in the dancing mood.

There seemed to be some miscommunication between the Year 5 and 6 teachers, with some ready to perform a street dance routine and the rest a classical ballet. Although it led to a very entertaining mega mix of songs and styles proving that ‘everything is awesome, when you’re part of a team’!

The penultimate performance was a royal occasion as Cinderella and her Price Charming (Mrs Copson and Mrs Hayward-Moss) graced the stage. Their very moving Tango ended with Cinderella taking a small tumble off the stage. Maybe Claudia Twinkleman had something to do with this as she took quite a liking to Prince Charming!

The final, show stopping performance of ‘All the Single Ladies’ was hilariously performed by the Ugly Sisters (Mr Jackson and Mr Butler) with back up from their mother, Lady Goo Goo (Mrs Duff). They impressed the judges so much they scored a full house of 30 points taking them to the top of the leader board and crowned them the winners of the Glitter Ball Trophy.

The whole performance was brilliantly performed by the staff and written and directed superbly by Mrs Belcher and Mrs Shaw. From all the cheers and clapping from the audience, the children seemed to enjoy themselves too!

Please join us for our Open Morning on
Wednesday 8 February.
We look forward to meeting you! 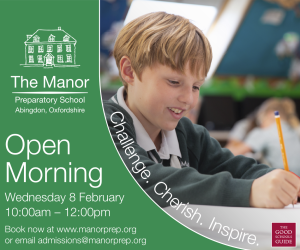