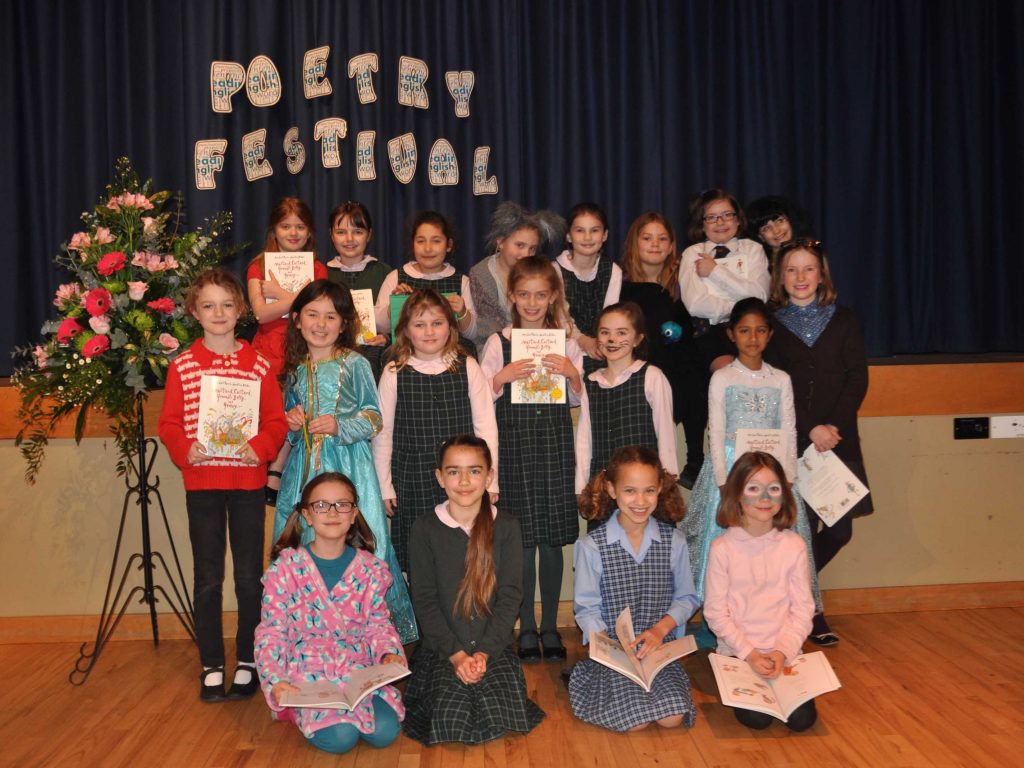 ‘Poems shouldn’t be tucked away inside the pages of the book but be spoken out loud and so brought to life’. Mr Sami Cohen, Headmaster of D’Overbroeck’s School.

And that’s exactly what happened at the Manor Prep’s Poetry Festivals!

Children from Pre-Nursery to Year 6 all took part during class with some going on to perform them with confidence and flair in the Poetry Festival Finals.

Children in Pre-Nursery up to Year 2 learnt a nursery rhyme or poem. Two children were then chosen from each Year 1 and Year 2 class to recite their poems in a special assembly in the Lower School Hall.  There were poems about skiving teachers, dogs with mobile phones, owls, cats and dinosaurs to name but a few!

In their final, Years 3 and 4 performed poetry written by Sara Coleridge, Allan Ahlberg, Paul Cookson, Kenneth Grahame, James Carter and Patricia Leighton. Prizes were presented at the end by our special guest, Mr Andrew Day, Headteacher of The Unicorn.

The final afternoon of readings were performed by the children in Year 5 and 6 which included poems such as ‘The Jabberwocky’ by Lewis Carroll and ‘Talking Turkeys’ by Benjamin Zephaniah. The special guest on this occasion was Mr Sami Cohen, Headmaster of D’Overbroeck’s School.

The girls made us laugh, made us shiver with anticipation and gave us pause for thought.  Their confident performances and the clarity with which they spoke impressed us all and helped us fall in love with poetry all over again!

Meanwhile, Poetry doesn’t only have to be performed in English! Over the last few weeks, girls in Year 5 have been working very hard in their French lessons to hone their pronunciation skills by learning a French poem by heart and reciting it in front of their class. Their poems included a grey snail unhappy with his current housing arrangements (‘L’Escargot Gris’), a crazy ant speaking French and English (‘La Fourmi’) and a small cat on a very unhealthy diet of ‘nougat et chocolat’ (‘Mon Petit Chat’). 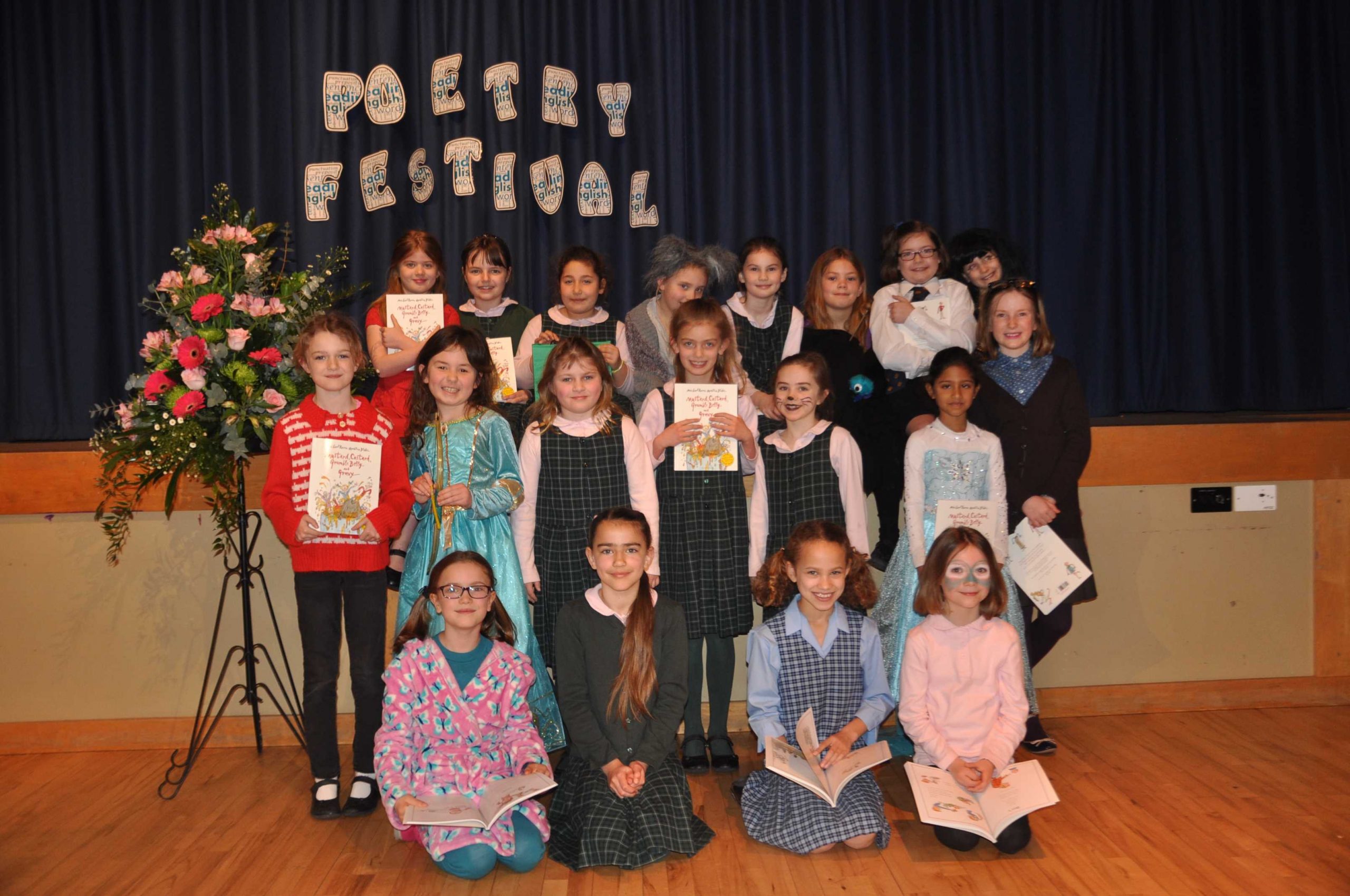