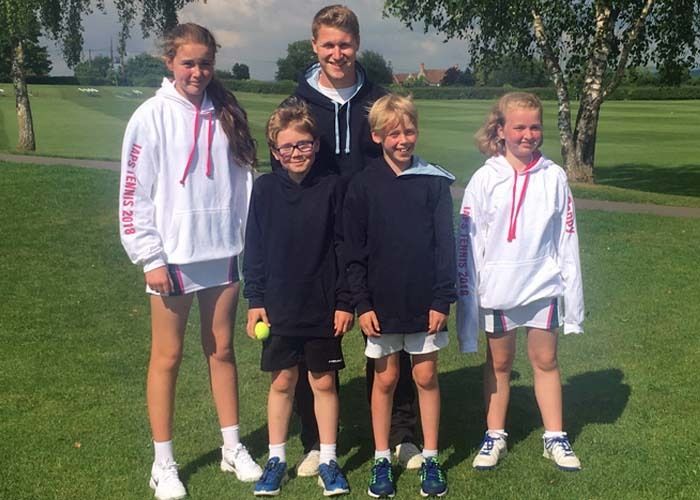 On Sunday 10 July, the team travelled down to the magnificent Millfield School in Somerset for the prestigious Championships held over 2 days, with qualifiers returning for Day 3 Finals. This competition attracts the country’s top tennis players who represent their school and is the showcase of young tennis talent at its best! Led by our fabulous Tennis Coach, Josh Crossley, our girls evidently did The Manor proud, and below is the official report from Josh!

Day 1 – Doubles
Aoife and Bea played in a group of 5 (3 go through to the Cup). They won all their matches in the group stages and then went on to win their first match in the Cup with a score of 6-2, but were just beaten 6-4 in the Quarter Finals. Unfortunately their draw was a bit unlucky compared to the other Quarter Finals!

Ruby and Harriet played the best tennis I have seen from them! They were in a group of 4 and won 3 out of 4 matches in their group. Unfortunately, they lost their first round match in the Cup as they were playing a top pair from one of the other groups, but still to get through is a great achievement!

Overall, I was very pleased with how the girls played on Day 1. They worked really hard and battled on throughout, as the weather conditions were horrendous! I certainly would not have liked to have been playing as it was huge winds sweeping across the court.

Hopefully we will have a strong day in the Singles tomorrow…

Day 2 – Singles
The girls were brilliant throughout Day 2 and played some great tennis. Again, similar to yesterday and by far the best I’ve seen them all play!

Ruby just lost out in her box so didn’t manage to make it through.

Harriet, Bea and Aoife all managed to get through to Round 16. Bea lost out to Suzanna from St Hugh’s, but it was a brilliant match which could have gone either way as they played a few sudden death deuces!  Aoife lost to a girl who was incredibly solid and very good at moving Aoife around the court, but Aoife really made her work for the points.  Harriet had to play the girl who I feel will go on to win the tournament. She didn’t let the pressure of playing someone so good get to her, and she played with a smile throughout and finished off getting a couple of points in spectacular fashion!

All the girls were an absolute delight to take away and very well behaved.  Even though we didn’t make it through to Finals Day, I feel we demonstrated great team spirit and the girls thoroughly enjoyed the experience!